The first full-frame Canon camera to feature 4K video without cropping, the EOS-1D X Mark III impresses with a host of new features. 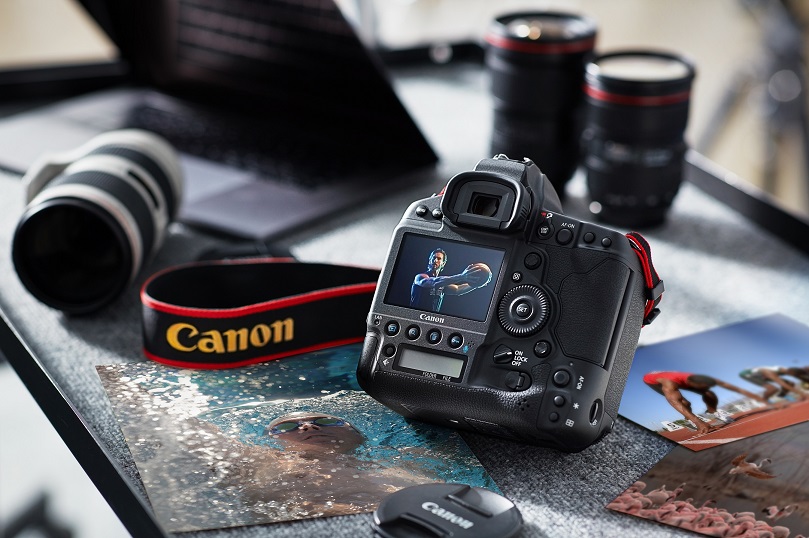 With the ability to capture high-resolution images at up to 20 frames per second (fps) and high-definition video up-to-4K 60P featuring Canon’s proprietary Dual Pixel CMOS Autofocus (AF) technology, the EOS-1D X Mark III is a workhorse for any professional image creator.

“We want to push boundaries with the EOS-1D X Mark III as Canon’s ultimate Flagship DSLR, not just in terms of technical performance, but also with its versatility and usability, regardless of whether the user is a seasoned professional or advanced enthusiast,” said Satoru Takeda, General Director of Canon Marketing Vietnam.

Some of the EOS-1D X Mark III’s features include:

Equipped with a newly developed high-res AF sensor that adopts a square pixel design, there is an increase in pixel density for both vertical and horizontal directions. This pixel miniaturization increases the pixel density by 28 times, resulting in a significant increase of AF points from 61 points (EOS-1D X Mark II) to 191 points (for optical viewfinder shooting) in the EOS-1D X Mark III. Processing speed of the new AF sensor is 40x faster than the EOS-1D X Mark II, resulting in significant improvement in subject recognition and tracking performance.

With the increased number of pixels, minute variations in distance to the subject in focus can be accurately detected. This brings about a dramatic improvement in AF accuracy. All 191 AF points support exposure of up to f/8 over the entire AF area, with 65 cross-type AF points at f/8. This makes the EOS-1D X Mark III great for use with extenders, especially for wildlife or sports photographers.

By reducing noise in the CMOS sensors and improving noise reduction with the DIGIC X, the upper limit of normal ISO speed has been increased from one stop to 102,400. Image quality in the ISO 6400-12800 range, which is frequently used by sports and news photographers, is also improved with better noise control. A dedicated DIGIC 8 processor has been employed for AF management and control of the 400,000 pixel RGB+IR metering sensor.

A brand-new feature of the EOS-1D X Mark III is the HDR PQ HEIF, a 10-bit recording standard (for stills) that differs from conventional high-definition standards, which use high-resolution and low-noise approaches.  The new standard aims to reproduce an image that is close to what is seen in reality compared to conventional image rendering methods, making images look sharper in detail.

HEIF files can be easily converted to JPEG (HDR PQ-quality) format, either in the camera itself or on another device using Digital Photo Professional. HEIF images have a similar “feel” to those shot with HDR PQ, and slightly different from photos shot and saved directly as conventional JPEG files. This feature eliminates the need for RAW development retouching and gamma adjustment process, which was necessary in the past for photos containing strong contrast or lighter tones in neutral-colored areas.

The EOS-1D X Mark III also features a new "Clarity” setting as one of the image adjustment options. This setting is particularly useful when users want to maintain a soft appearance with the subject’s skin, or when they want greater clarity to emphasise qualities such as the hardness of metal or details presented in a scenic view.

Burst shooting on the EOS-1D X Mark III has been increased to a maximum of 16 fps (approx.) to help the photographer capture decisive moments. One of the issues faced during high burst shooting is the experience of “blackout” because the mirror (retracted when one shot is taken) fails to properly capture a new image for the viewfinder to display. To minimise this problem, the EOS-1D X Mark III uses a new mirror system with a high-speed mechanism to retract and reset the mirror, combined with an optical system that displays images in real time. This greatly improves the camera’s ability to track moving subjects through the viewfinder.

Eye Detection AF and head detection routines help to precisely identify the intended subject when using the EOS-1D X Mark III. The accuracy and stability of human detection functions have been greatly improved, and coupled with the miniaturized AF area division (up to 525 segments), the camera provides excellent tracking performance and focusing accuracy, even for fast moving subjects. When shooting human subjects, the camera will detect and focus on the subject’s eye. Even during burst shooting at a speed of up to 20 fps, the camera maintains its fix on the subject’s eye, allowing the photographer to achieve highly accurate focus.  Up to 3,869 AF positions can be manually selected to fine tune focusing.

In the viewfinder shooting mode, the new AI Servo AF IV provides higher predictive accuracy and stability by employing Canon’s most advanced AF algorithm. In challenging shooting conditions such as when the subject is moving away from the camera, the EOS-1D X Mark III is able to maintain highly accurate focus, allowing photographers to capture impressive shots of the desired subject.

Most of the AF functions used to shoot Live View still photos can also be used for movies. Users can easily switch between movie and still photo shooting with the same operational “feel”. The camera ensures that each function behaves in the same way even though Live View photo shooting has a different subject detection scheme from that of viewfinder shooting. This allows users who are accustomed to AF shooting through the viewfinder to use AF functions effectively when shooting movies.

The EOS-1D X Mark III now comes with built-in Wi-Fi with FTP functions. This greatly enhances photographers’ workflow in the field as they can quickly transfer images conveniently without any additional add-on devices. If a longer range and faster transfer speed is needed, the new WFT-E9 which comes with dual antennas compatible with Dual Band (2.4GHz/5GHz) and MIMO is available as an accessory for EOS-1D X Mark III.

In terms of durability, the EOS-1D X Mark III has a projected shutter life of 500,000 cycles. The main structural parts of the camera are made of magnesium alloy for lightweight and high rigidity. The EOS-1D X Mark III is also water and dust resistant. The AF-ON button now doubles up as a smart controller, which incorporates an optical sensor to detect the finger’s movement. It allows the user to quickly select the AF point easily without releasing the AF-ON button. A new high-definition LCD panel with approximately 2.1 million dots (EOS-1D X Mark II: approximately 1.62 million dots) provides a clear, distinct display - menu and playback operations can be handled using the touch screen.

There are also illuminated buttons on the EOS-1D X Mark III for easier menu and playback operations in dark conditions. The improved viewfinder is able to display key elements (other than the AF frame) in red. This makes it easy to view information even in very dark or extremely bright conditions. The display of other viewfinder elements/information does not impair AF operation.

[1] The 4th generation of this feature

Canon’s products reached Vietnam market in the early years of the 1980s through its authorized distributor. Over the past 14 years, Canon has marked its very active presence with the establishment of 04 factories in industrial zones such as Thang Long - Hanoi, Que Vo and Tien Son - Bac Ninh, Pho Noi - Hung Yen, and Canon Marketing Vietnam Company Limited. In addition to creating jobs for more than 25,000 people, Canon has also contributed to Vietnam’s social development goals through its meaningful CSR activities. Canon Marketing Vietnam Company Limited is operating under the directions and support from Canon Asia Marketing Group, and Canon Singapore Private Limited Company, Canon’s regional headquarter for South and Southeast Asia. Besides having Le Bao Minh as the Distributor, Canon also involves more than 300 dealers in Vietnam.

[1]The 4th generation of this feature 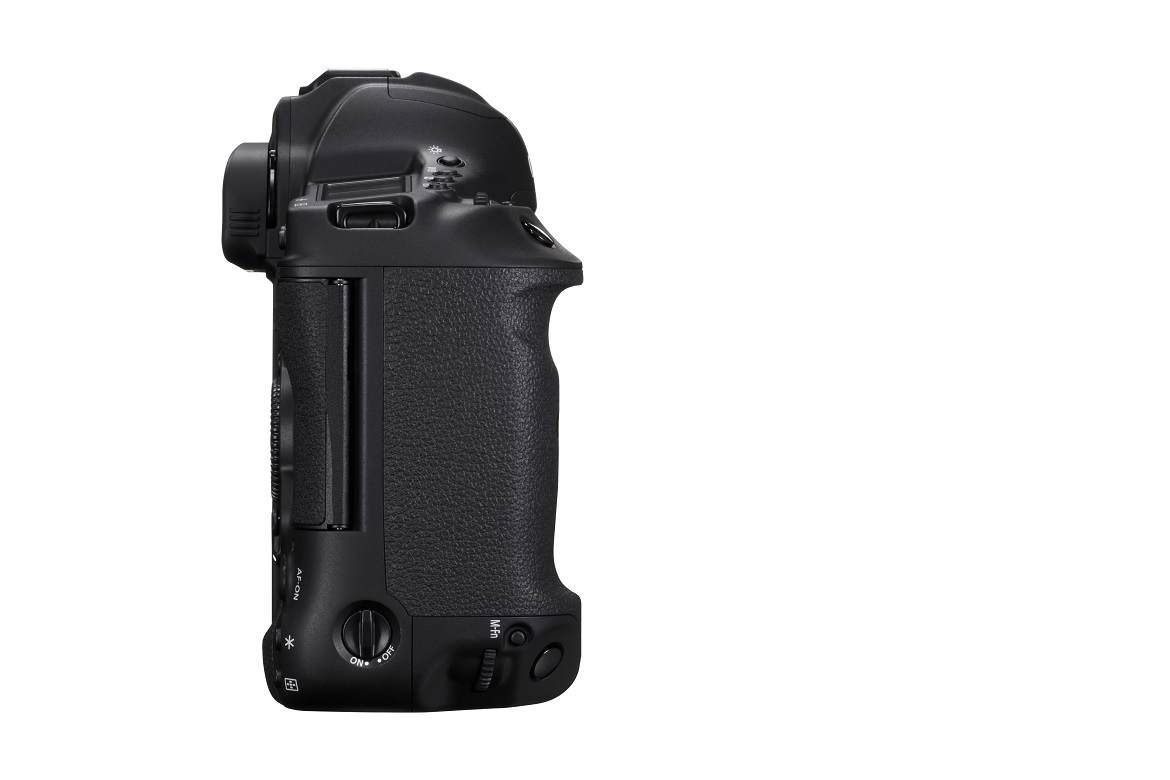 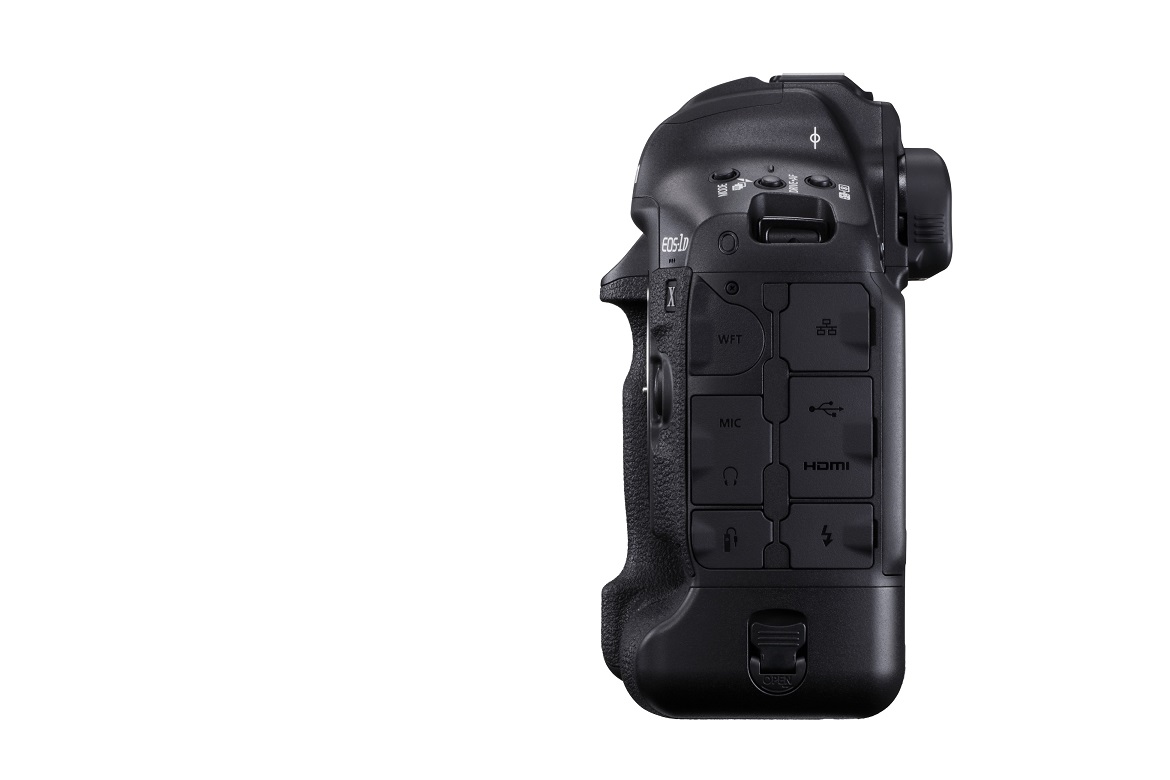 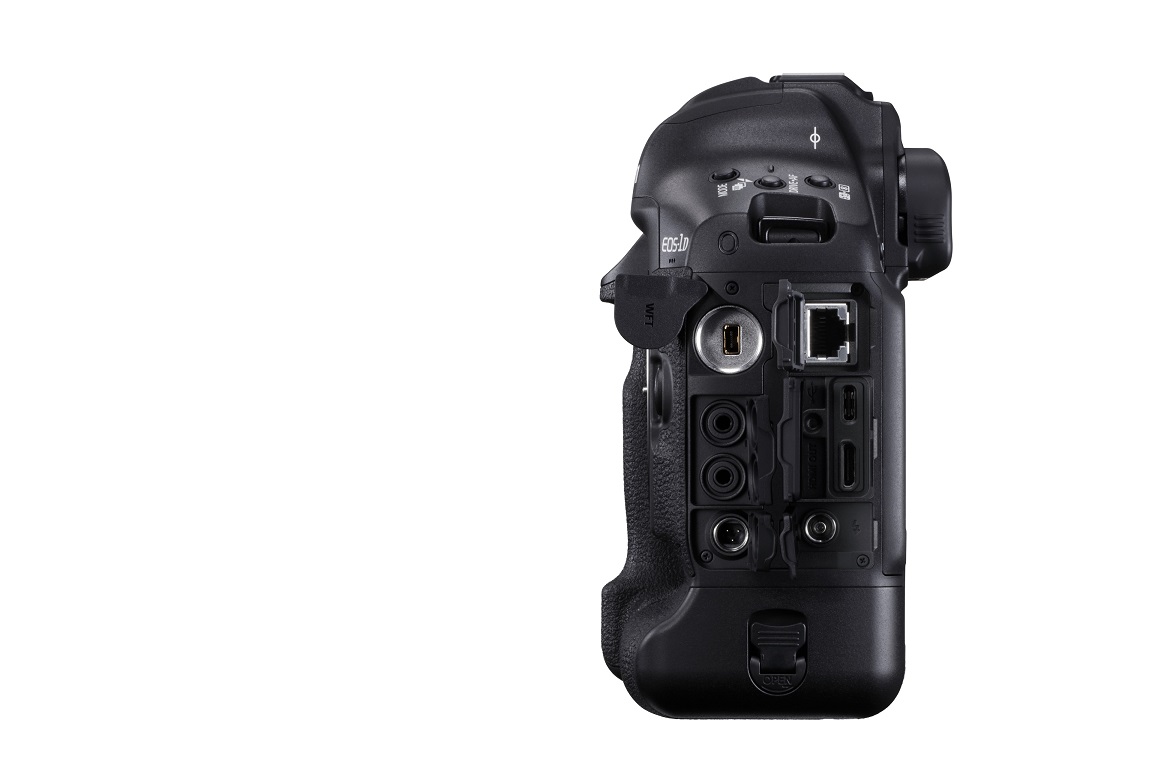 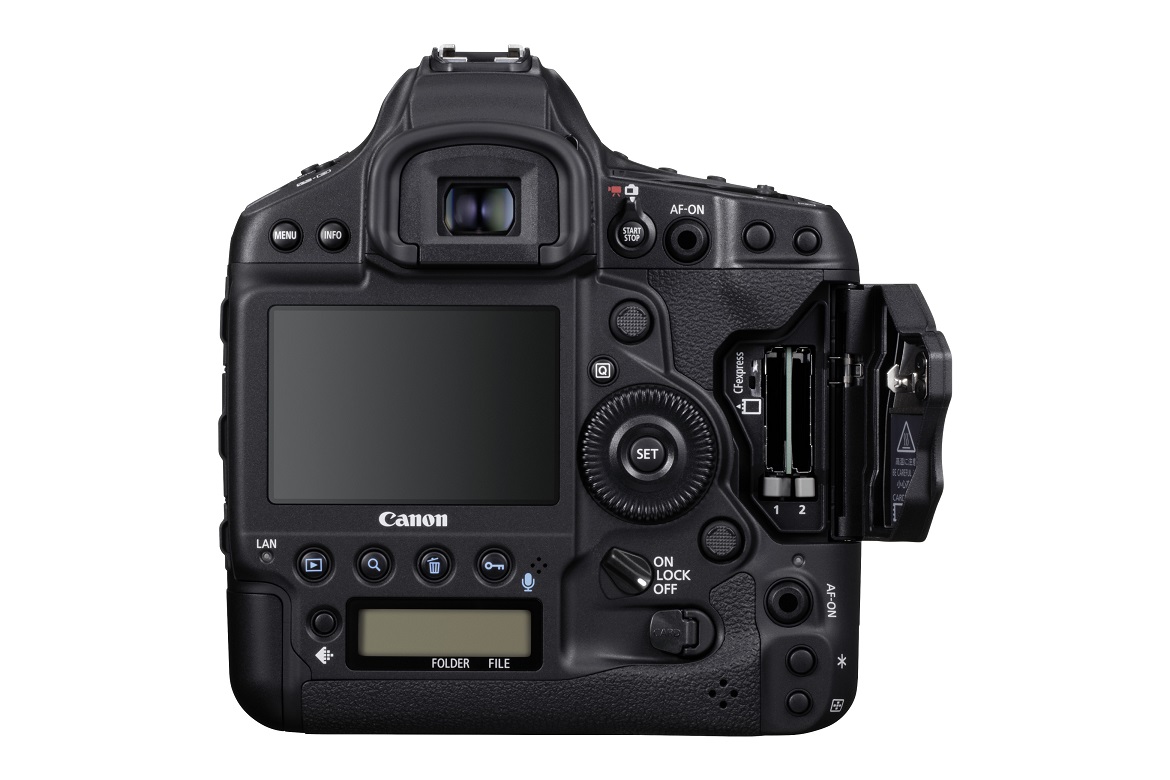 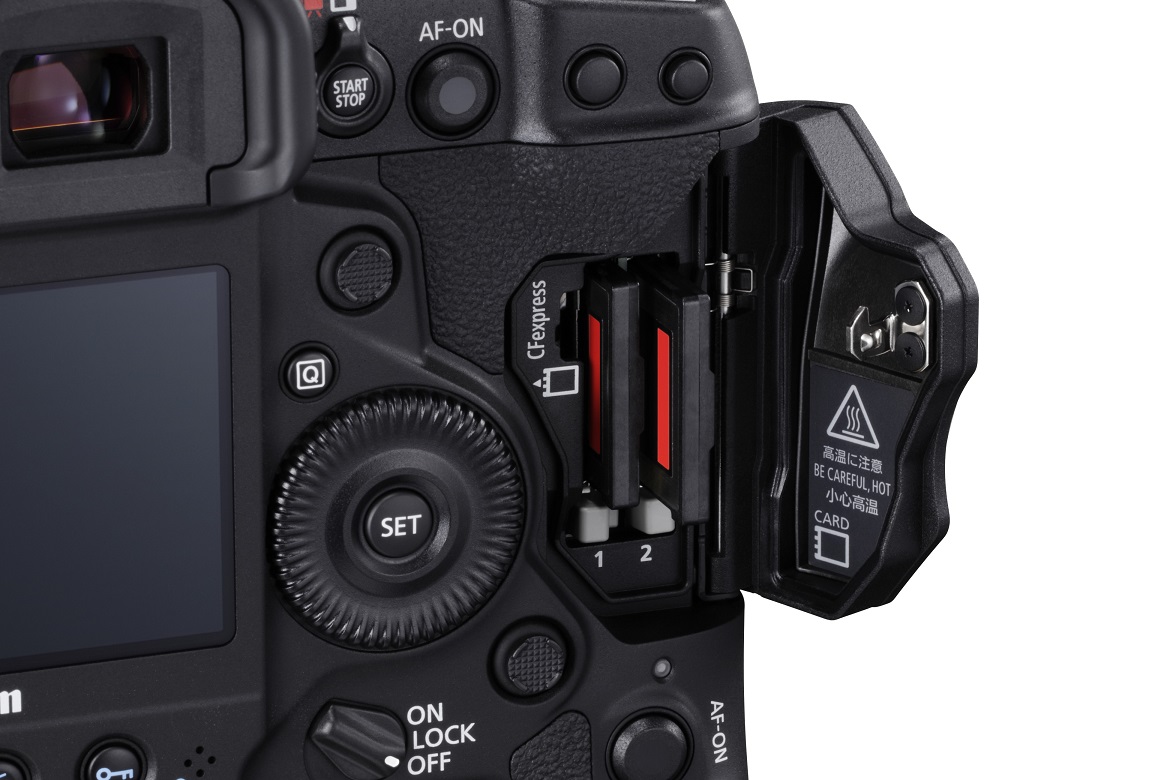 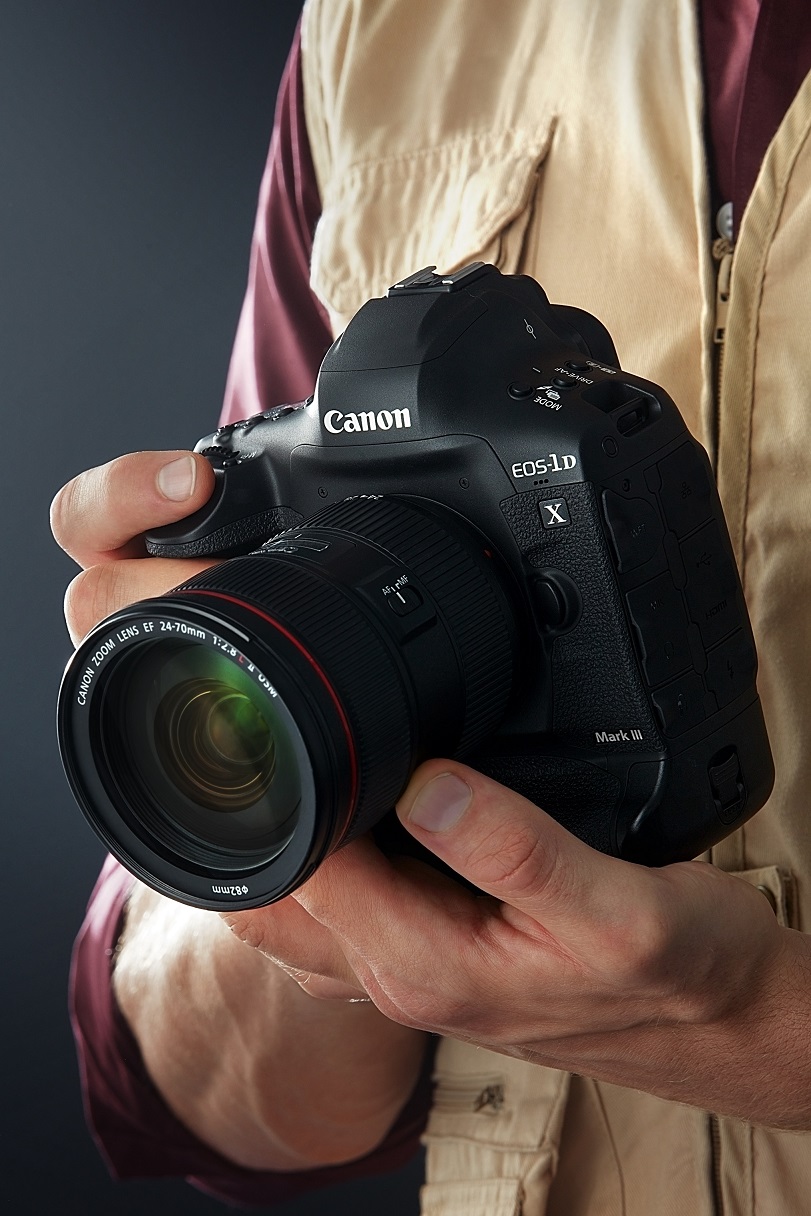 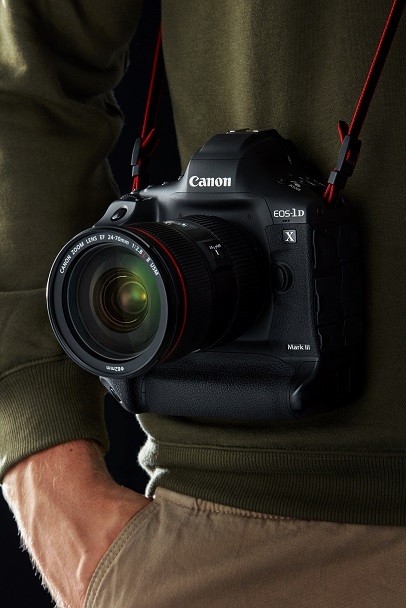 Image Caption
Back to top