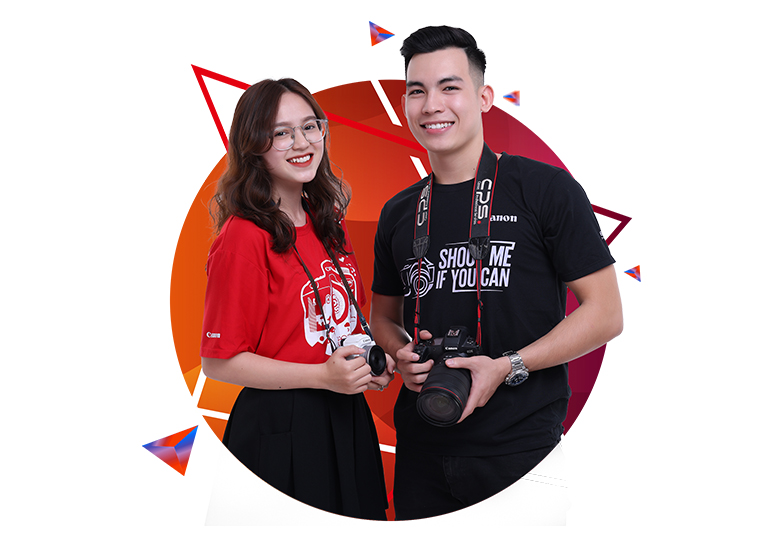 Ho Chi Minh City, 10 November 2020 - The Canon Photomarathon XIV organized by Canon Marketing Vietnam will be held online for the first time for photography enthusiasts across Vietnam with the valuable prizes.

Canon PhotoMarathon 2020 will take place on 28th Novemeber 2020 and registration has just been opened on the website: https://photomarathon.vn.canon. In this year’s contest, two (02) themes will be given out sequentially by the Organizer; contestants are required to shoot their photos in accordance with the themes and submit their photos within the prescribed time frame. Winning photos will be announced right on the contest day. As the contest is held online, this will be the first year when photography enthusiasts, regardless of where they live, can join in this biggest photography feast in Vietnam.

“At Canon, we see photography as a type of language for communication and sharing among people of all walks of life. Having Kyosei philosophy as the core value, the Canon PhotoMarathon each year is a collection of daily and simple life stories told by that language, the language of photography. In this year, with the intention to eliminate all geographical boundaries as well as to bring Canon PhotoMarathon closer to photography lovers in all parts of the country, we have decided to organize the contest online. Once again, it is our wish that through this contest the love for photography will continue to be nurtured and spread throughout the community.” – said Mr. Satoru Takeda, General Director of Canon Marketing Vietnam.

To those who are fans of Canon PhotoMarathon, perhaps they are no strangers to photos which capture the life and the people of Hanoi, Ho Chi Minh City, or Danang because these are the places that have seen the contest and its annual comebacks continuously. This year, as the registration opens to more areas, and with the coverage which is extented to the whole country, the Organizer wishes that images of Vietnamese people and Vietnam will be presented in more diverse ways with various colors from the country’s many regions. And as a tradition, photos which have been captured through the contestants’ shooting activities over the past 14 years will be kept for future projects, to show that Vietnam is rising strongly, dynamically, with rich cultural traits.

The most expected photography feast

After a decade of running, it can be said that Canon PhotoMarathon has become the biggest and the most expected photography feast in Vietnam. The number of registrations goes up every year, with 11,000contestants and more than5,000 photos being submitted in year 2018. This is not only a major contest for the photography community but it is also a chance for contestants to gain more experience in reality and to demonstrate their talents, which is a stepping stone for their personal growth.

In this year’s contest, the General Director of Canon Marketing Vietnam and 02 reputable experts in the photography community – Hai Thanh (photographer) and Nguyen Khanh (photojournalist) – will be in the Judging Committee and work hard with their judgement power to select the most outstanding works from the contest.

A new race with new experience

Being held online for the first time, all the contest activities from registration to announcement of contest themes, photo submission, and announcement of winning photos will be done online.

In particular, the registration for Canon PhotoMarathon 2020 has officially been opened on the website: https://photomarathon.vn.canon. Upon successful registration, contestants will receive their contestant IDs and confirm their accounts via email sent by the Organizer. On the official contest day, 28th November 2020, the Organizer will in turn announce 02 themes on Canon VietNam’s fanpage (https://www.facebook.com/canonvietnamfanpage) in the following sequence:

Contestants will have 03 hours to shoot photos and submit them by uploading the photos online to the Organizer’s system via their accounts previously provided by the Organizer through email; only one submitted photo is accepted for each theme.

The Judging Committee will select the most impressive photos basing on the following criteria: high revelance to the theme, creativity, meeting requirements for photo composition, lighting, colors; photos which can capture natural moments will be specifically encouraged.

In addition to the chance to demonstrate photographic talents, creativity, and to gain experience in reality, winners have the chance to win attractive awards, including:

03 awards will be determined by the Organizer for each theme: