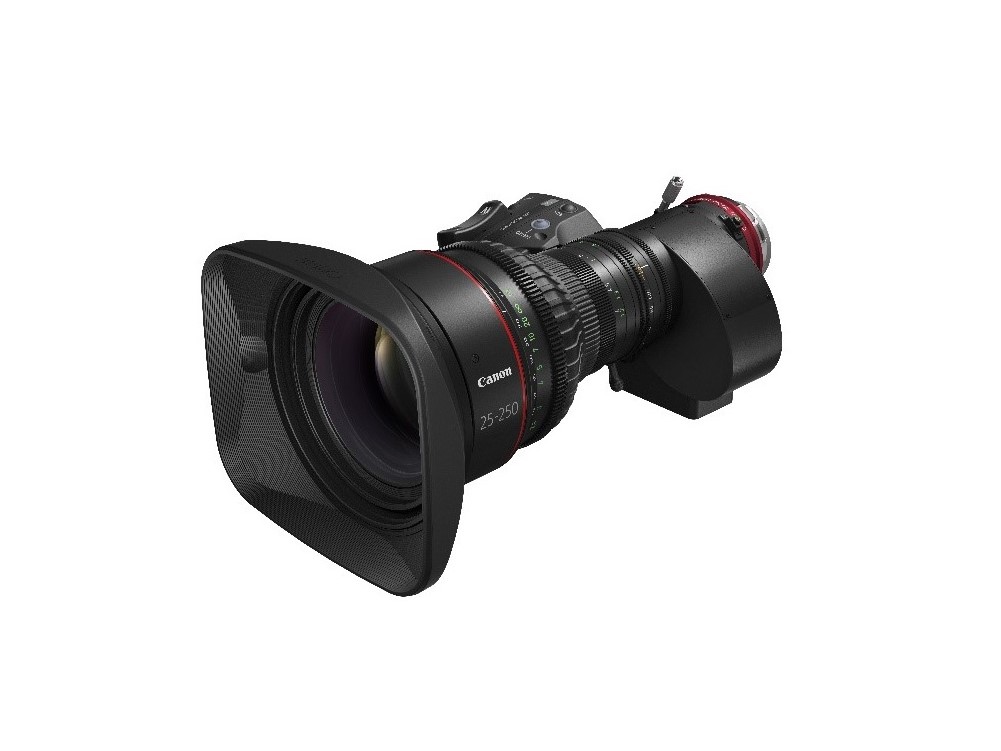 Ho Chi Minh City, 14 May 2020 – Canon announced today the introduction of the CN10x25 IAS S/E1 (EF mount) and the CN10x25 IAS S/P1 (PL mount) CINE-SERVO lenses[1] as new EF cinema lenses. The lenses will go on sale in Japan in early July 2020.[1] A generic term for lenses equipped with a drive unit as standard, compatible with cameras equipped with large format sensors.

The new models are CINE-SERVO lenses that achieve 8K optical performance, high-magnification 10x zoom and have a 1.5x extender built into the lens body. In addition to a lightweight design that can be carried on the shoulder, a removable drive unit with the same operability as a broadcast lens is equipped as standard, in response to a wide range of needs from broadcast content production to video production.

​​​​​​​​​​​​​​Canon's unique optical design technology optimizes the placement of each element. Combined with Ultra low dispersion glass and a large diameter aspherical element, colour fringing and chromatic aberration are successfully corrected in the lens. This results in optical performance compatible with 8K cameras from the center of the frame to the periphery across the entire 10x zoom range. This statement holds true even when engaging the built in 1.5x extender, ensuring that 8K optical performance is never compromised.

​​​​​​​
The Canon CN10x25 IAS S is compatible with industry standard Super 35mm sized sensors, a sensor size that is extremely common in the market. It features a 10x zoom that covers a focal length of 25-250mm. When using the built in-extender, the zoom range can be switched to a more tele-centric 37.5-375mm. With the built in-extender engaged, the lens' image circle will also cover 35mm full-frame sensors, increasing the lens' versatility and safeguarding against obsolescence as 35mm full-frame cameras become more common.​​​​​​